Yesterday’s Penny Arcade addresses piracy, or, more properly, the sharing of media between more than one person. It posits that early attempts to prevent piracy by asking the consumer not to share or copy games were ineffective, since the request was delivered absent of consequences or technical limitations on making copies.

While it is probably true that introducing copy-prevention schemes has reduced the number of people copying media for friends or strangers, it is specious to equate this with a reduction in piracy. In fact, the presence of these schemes is exactly what pushes an individual consumer towards piracy. By attempting to stop casual file-sharing, the media industries have turned those who never intended to steal media into a mob that has become comfortable acquiring music, movies and games in the cheapest and easiest way possible, which is very often the piracy networks that the media companies wish to stop.

Those who, like myself, are passionate about media do not merely recommend a piece of music, a film or a game. If I want to share something with you, I am going to take every action I can to ensure that you experience it. I’m going to drag you to the movie theater, not just e-mail you a list of showtimes. In the pursuit of this single-minded need to share things we are passionate about, it’s true that there may be the occasional unauthorized use. Who didn’t copy a great LP to cassette for a friend in the 80’s or invite a few dozen friends to watch a “home-use only” DVD in the 90’s. These actions do not represent an attempt to subvert the rights of the artist or producer, even if, by some estimation, that is the outcome. They are honest attempts to publicize the work, to do the creator a good turn, and so, if the act is bad, it must be recognized as a small bad in the service of a large good.

Necessarily, as media consumption shifts to new devices, the enthusiast will shift formats, always offering what he wants to share in the most consumable format. With personal computers and their associated peripherals serving as major points of consumption, logically, he will try to share content in formats that fit these devices. A mixtape is of limited value, if I want you to hear something right away. An MP3 is ideal.

If I can easily rip a song or copy an MP3 I’ve purchased, then I can, with little harm to the artist, share (i.e. promote) his or her music with my friend. Obviously, I could also share this with the rest of the world, but I, and most people, aren’t really interested in doing that. The purpose of sharing something is to get someone’s feedback, his reaction, not to send a file to as many people as possible.

If, on the other hand, you encumber my ability to share the media I have purchased, either through DRM on the media, or attempts to block the transit of the file via an ISP, then my only way to share (again, i.e. promote) is to avail myself of media or a transit mechanism that is designed to circumvent your protection schemes, which inevitably leads me to piracy, regardless of my intentions.

Therefore, it is the gentle reminder “Please don’t copy this” that is far more effective than hardline DRM schemes. As long as there is popular media, some will want to share it with friends and others will want to pirate it for the world at large. It is highly ignorant to believe that outlawing the former will reduce the latter, because, in fact, it does just the opposite. 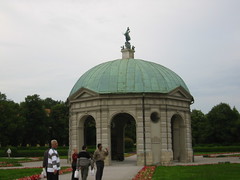 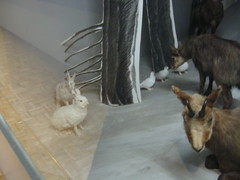 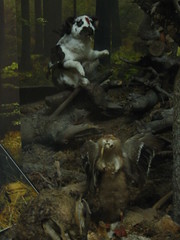 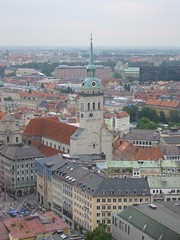 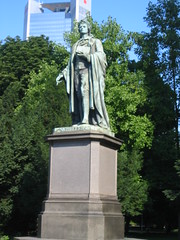